The BARMM Chief Minister Ahod Balaweg Ebrahim said: “This Summit will be a key to the continuing efforts for the development of the region.” The Chief Minister was referring to the Bangsa Moro Global Economic Summit held last August 19, 2019 at the Manila Hotel

You can be a participant or your company can be a SPONSOR. 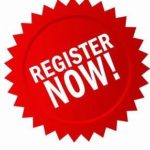